Most of us try to keep our vehicles clean, but sometimes that's easier said than done. Cigarette/Cigar smoke, spilled food or drinks from eating on the run, pet odors, the musty smell that's been lingering ever since you left the window open in the rain that night can make your car's interior smell and affect your health!

What is Chlorine Dioxide? 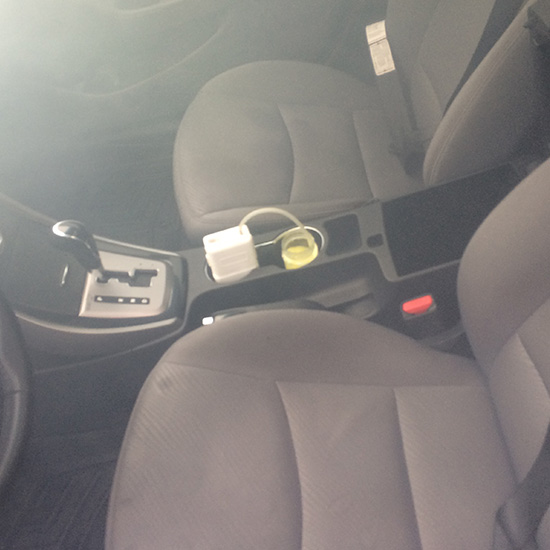 Chlorine dioxide (ClO2) is an antimicrobial pesticide recognized for its disinfectant properties since the early 1900s. Chlorine dioxide kills microorganisms by disrupting the transport of nutrients across the cell wall. Antimicrobial pesticides are substances used to control harmful micro-organisms including bacteria, viruses or fungi on inanimate objects and surfaces.

Chlorine bleach and chlorine gas both operate through chlorination of a substance, the sharing of a chlorine atom. Chlorine Dioxide is effective through an oxidation process where a substance is oxidized.

Chlorine dioxide forms none of the harmful by‐products produced by chlorine. Chlorine dioxide functions as a highly selective oxidant and it remains as a free stable radical even in diluted chilled water.

Chlorine Dioxide covers a broad range of uses and remains active and effective through a large band range of ph scale from 1-8.

Chlorine Dioxide can be used as a liquid, a gas or in tandem depending on the recommended protocols. When applied as either gas or liquid, ClO2 goes to work and does its job and when it is finished the gas breaks down into sodium ions and the liquid breaks down into salt and water. It has been tested and proven to be the most effective tool in the odor removal industry today.

Why We Offer Chlorine Dioxide in a Liquid and a Gas

The liquid and gas each serve different purposes but support and complement one another when combined in the same treatment, using our protocols.

They are often used in tandem by professionals in the remediation industry. The gas goes airborne in a confined space and the liquid can be used in any area and can go on all surfaces. Most important, the gas likes the high humidity environment created by the liquid. 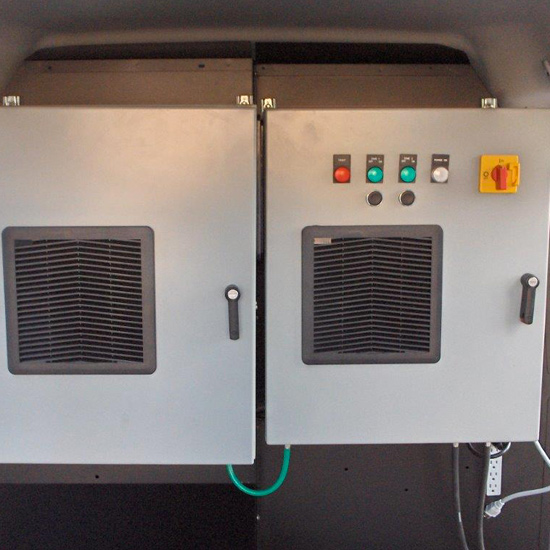 One process we use is ozone; Ozone is a colorless gas made up of three atoms of oxygen. Ozone (O3) is a powerful sterilent that oxidizes mold and mildew, pollen, odors, and other airborne organisms upon contact, rendering them inactive, leaving behind pure clean oxygen, O2, in the air.

Our Ozone generator is custom made for us and uses an oxygen generator to feed the ozone machine which, under pressure will get into every nook and crevice of the vehicles interior. Nothing can escape this system! Our ozone machine is mounted in our truck and is the most powerful ozone machine ever used in vehicle disinfecting. There is no comparison with those $400.00 machines used in car washes and by detailers, ours is $20,000.00. Other ozone machines can actually cause nitric acid in your vehicle which is very corrosive!

Did you know that cars can become infested with bed bugs? Yes, they can.

When people have a bed bug problem in their homes, the bed bugs often "hitchhike" on their bodies and in their clothing and can infest cars, buses, and other vehicles. If you (or one of your passengers) are experiencing a bed bug problem, then chances are that your car may be infested.

Has your vehicle ever had a water leak or been exposed to rain or water?

If so, you should have HEALTHY CAR check the vehicle for you. Even if the vehicle was repaired by your dealership, they don’t always do the best job at remediating the aftermath of the leak. Deadly mold can grow under your carpets where you can’t see it and affect your health and family's wellbeing.

We'll get the stink out of your car!

Please contact us for more information about our vehicle sanitization and deodorization services.

CAN”T SELL PAST THE SMELL